How to succeed with activity-based working

The activity-based office is currently one of the major trends in offices. But how good is it, really? Now, for the first time, there is research in the area. Lena Lid Falkman and her colleagues have found both advantages and disadvantages of activity-based working.

"Technological development has driven the trend towards the activity-based office, but there has been no research at all into the subject. Large companies and authorities jumped onto the new office bandwagon without actually knowing what influence the trend had on the organisation and its employees. Without knowing whether it was good or bad," says Falkman.

She and six other researchers in various disciplines spent three years researching the opportunities and challenges presented by the activity-based office. The project is entitled 'Office of the Future' and the final report will be published in autumn 2018.

"We hope to be able to contribute a more balanced and impartial understanding of the activity-based office. The activity-based office has obvious advantages, but also disadvantages. It's important to know why you're choosing activity-based working, and to be aware that this way of working doesn't suit all organisations. Activity-based isn't a ’management quick fix’ that you can jump into in the hope that everything will be fantastic. You need to have a plan."

”It's important to know why you're choosing activity-based working, and to be aware that this way of working doesn't suit all organisations. Activity-based isn't a ’management quick fix’ that you can jump into in the hope that everything will be fantastic. You need to have a plan."

What does activity-based working mean?

"The key to an activity-based way of working is that you start with different settings, which have been created for different activities. As an employee, you can sit wherever you like, and you choose your setting to suit your work task. The prerequisite for success is that you have customised and designed the settings to suit the needs of the organisation and the employees – that the settings really support the various activities and that there's a sufficient number of them. Otherwise you can end up in the nightmare scenario you sometimes hear about: that there aren't enough workplaces, so that people have to arrive at the office early to be sure of having a place to work."

Among the settings in the activity-based office, some are more important than others, Falkman thinks.

"Quiet areas where you can sit and concentrate on your work are important, of course, and so are plenty of meeting rooms of different sizes where you can make phone calls and hold various kinds of meetings. Social areas – canteens, lounges and cafeterias – are of central importance in the activity-based office. That's where you meet colleagues, solve problems and re-charge your batteries. I think the Swedish real estate company Vasakronan is an excellent example of this. They have coffee in one place in their head office. Everyone has to go there, which also means that everyone meets, talks and networks in one and the same place. It's like an oasis in a savannah!"

Tips from the researcher! 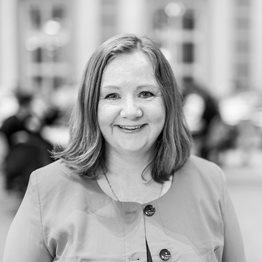 Lena Lid Falkman has a PhD in Economics and works at the Stockholm School of Economics in Stockholm. Her thesis was in the field of leadership and communication, and her areas of research have included new technology and its influence on cooperation and communication at work.

Here is her best tips and questions to ask yourself to succeed with activity-based working:

HAVE YOU DONE YOUR HOMEWORK?

How and when do the employees work? Which activity zones does your particular office need, how many people will use them, and when? In this way you can make sure the activity-based office really meets your needs.

IS EVERYONE ON BOARD?

Participation is decisive for a good activity-based office. All employees have to be involved and express their opinion.

IS THE TECHNOLOGY THERE?

The activity-based office needs much more than "just" wifi and wireless connections. You need to have a smart office. Since everyone should be able to work everywhere, and there is nowhere to put all the paper, it has to be paperless. The employees also need to have learned how the digital office works. This is of course especially important for authorities and companies with strict requirements for document handling. When the digital office works, the job can become smoother and faster, and at the same time more people can have access to the documentation.

It doesn't matter how nice and pretty the interior design solutions are; they have to be functional. Otherwise they won't be used.

It is the many opportunities for meetings, in particular, that proved to be one of the big advantages of activity-based offices.

"The activity-based office can promote cooperation within the organisation. Employees get to know each other and communicate in new ways. This means that you can avoid the so-called silo effect, where different departments are isolated from one another. Activity-based work can bring different parts of the company closer to each other and strengthen the company culture."

One of the components of the research project was a comprehensive questionnaire in which employees in various companies had to answer questions about their expectations of the activity-based office. The questions were asked both before and after the implementation.

"The employees found that the activity-based office was an inspiring environment to work in and that communication was successful," says Falkman.

"Other advantages of the activity-based office are that it's flexible and offers great opportunities for individuals to decide for themselves where they want to work. In general, we can say that the activity-based way of working suits organisations with a high degree of self-leadership. It favours individuals who are good at planning and who like to be in control of their own day."

Among the disadvantages identified by the research group was an increased risk of concentration difficulties.

"We carried out interviews with a number of different focus groups, and it was clear that the people we asked were concerned about being distracted while they're working. It takes a while for the brain to concentrate on a task, and if you're continually disturbed it makes your work more difficult. So it's extremely important that activity-based work environments really offer settings for concentrated work, and that people actually use them," says Falkman.

Employees also often expressed concerns about how they would be able to use individually tried and tested ergonomic aids in the activity-based environment.

"The experience of companies that introduce this type of office shows that the employees were healthier and felt better in the activity-based environment. And the reason for this is of course that they moved around more than previously."

TIPS FROM THE ERGONOMIST! 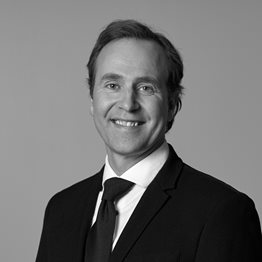 In an activity-based office, the employees have a great influence on where and how the work tasks are carried out. This influence can have positive effects on health.

If an activity-based environment is used correctly it also results in a more varied and active working day, says Anders Lundahl, an ergonomist and physiotherapist at Kinnarps. Ergonomics is especially important when there are new trends in working life. So think about this when you plan your new activity-based office:

Remember that there needs to be variation in movement. Plan for height-adjustable desks, and furnish the office with tables of different heights for active alternation between standing and sedentary work. Soft seating and bean bags do not, in themselves, make ergonomic workplaces.

Make sure there are lots of good workplaces in the office. If the employees are to work for long periods, they need a good height-adjustable desk with a docking point for their screen. If you work with a portable computer at a desk that can't be adjusted, you can't cope with such long work periods.

Sound ergonomics is important. Make sure there are sound-absorbing furniture and materials to make it easier to concentrate.

OFFICE OF THE FUTURE

Lena Lid Falkman's own conclusion is that the best thing is to disregard ready-made ideas and instead have the courage to listen to the individual.

"I think the best office is one where all employees can decide for themselves how they want to work. I haven't found many examples of companies that combine a number of office types and let people choose the one that suits them."

The fact that the organisation changes, that new employees start work and others leave, need not necessarily be a problem, says Falkman.

Do you want to put the individual first and create an office especially suited for you?

Kinnarps Next Office® is a results-oriented concept and method process that has its starting point in each individual operation's needs and in which, the employees are key. Next Office is based on extensive research with customers, organisational developers and future analysts.

Get to know more about Next Office